Believe me, you will hear about crocodiles in Timor Leste every single day. No wonder, fatality rate because of those deadly creatures is the highest in Timor in compare with any other country which has salt water crocodiles. At the same time, crocodiles are a very important totem for the culture of Timorese. You may find surprising, that when crocodile appears in the village, some communities will find it as blessing and they will protect the animal, even celebrate it.

I have never imagined before, that I will have to be aware of those deadly creatures while being on the beach. I traveled all the north coast of Timor Leste and fortunately, I didn’t meet one during my stay in East Timor.

Timor Leste is a young country which struggled with occupation and war for many years. Currently facing lots of problems with development and poverty as well as many economic and political issues. Among all those, environmental issue regarding crocodiles is more and more alarming as people keep disappearing.

What the legend says about crocodiles in Timor Leste? 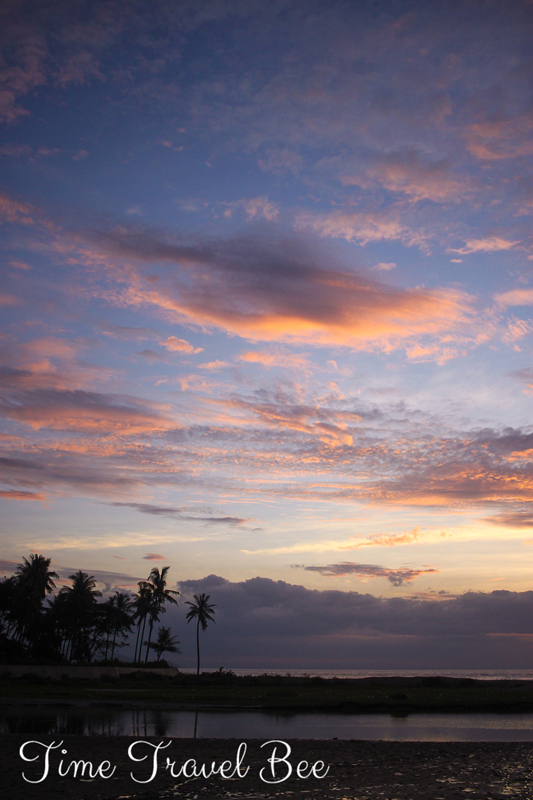 “The juvenile salt-water crocodile was near to death when the small boy found it stranded in a swamp far from the sea. Although greatly afraid, the boy decided to try and save the crocodile and eventually managed to get it back to the sea where it quickly recovered.

The two became best friends and went on to travel the world together, with the boy riding on the back of the crocodile as it swam across the seas. But as the crocodile grew older, and the time came for it to die, it told the young man it would transform itself into a beautiful island where he and his children could live until the sun sank into the sea…”

Timorese people believe that crocodiles are lulik – ‘sacred’ and they are their ancestors – often with the term: ‘Grandfather Crocodile’. The origin story of Timor Leste tells about ancestor Lafaek Diak “the Good Crocodile” and a young boy. The crocodile sacrifices itself to create the land of Timor Leste, the mountains are his spine, a home for the boy who had trusted him enough to ride his back to a new land.

Timorese see their country as a shape of the crocodile as well as shape of the mountain seen from the Jaco Island – sacred place in Timor and the most famous tourist attraction.

All that being said, Timorese believe that crocodile can eat only bad people. It is not uncommon for families to not report when crocodile eats someone as they feel ashamed. Due to this fact, it’s impossible to estimate how many people are eaten by crocodiles every year in Timor Leste. The beliefs that surround the crocodile vary from region to region, there are some clans that keep them as pets and believe they can communicate with them.

It becomes clear that each situation relating to a crocodiles issue will need a case by case sensibility due to their beliefs.

“The legend says
and who am I to disbelieve!

From the depths of the ocean
a crocodile in search of a destiny
spied the pool of light, and there he surfaced

Then wearily, he stretched himself out in time
and his lumpy hide was transformed
into a mountain range
where people were born
and where people died

Grandfather crocodile — the legend says
and who am I to disbelieve
that he is Timor!”

Under Portugeese and Indonesian rule crocodile culling was the norm. However, once the country gained sovereignty the government protected status of the crocodiles to rectify a sense of national identity and culture.

The saltwater crocodile population skyrocketed growing and became a huge problem for local people. Huge number of beaches in Timor-Leste are unswimmable and many communities live in constant fear of crocodile attacks. Fishing is essential for surviving for great amount of Timorese, so sometimes they have no other solution than to take a risk. At the same time Timorese culture and beliefs are very strong. Entering the ocean people may say “Don’t eat me crocodile, I am your relative”.

As the country is trying to rebuild the tourism sector, this issue is an important factor as well. When I was traveling on the north coast of the country, I heard everywhere to be careful about the crocodile. The only place during the whole trip, where there was no risk to swim was Atauro Island. Making crocodiles farms can be a huge tourist draw. However, it meets with a cultural issue as the crocodiles are sacred animals for Timorese. Apart from that, at the moment there is luck of funds for creating such farms. Decreasing poverty and developing the country have priority.

Luckily, many people in tourism sector push into responsible tourism. I belive, little by little, crocodile issue will get solution which will be good for safety of the citizens without harming the animals.

34 thoughts on “Crocodiles in Timor Leste – legend vs. reality”