Home » Places » Algeria » 5 destinations around Oran you must see!

Oran is such a beautiful city, but hey! There are also many spots worth checking around Oran! You will discover history, stunning beaches and incredible nature. If you missed my article, I already talked about what to see in Oran. Now it’s time for destinations around Oran! 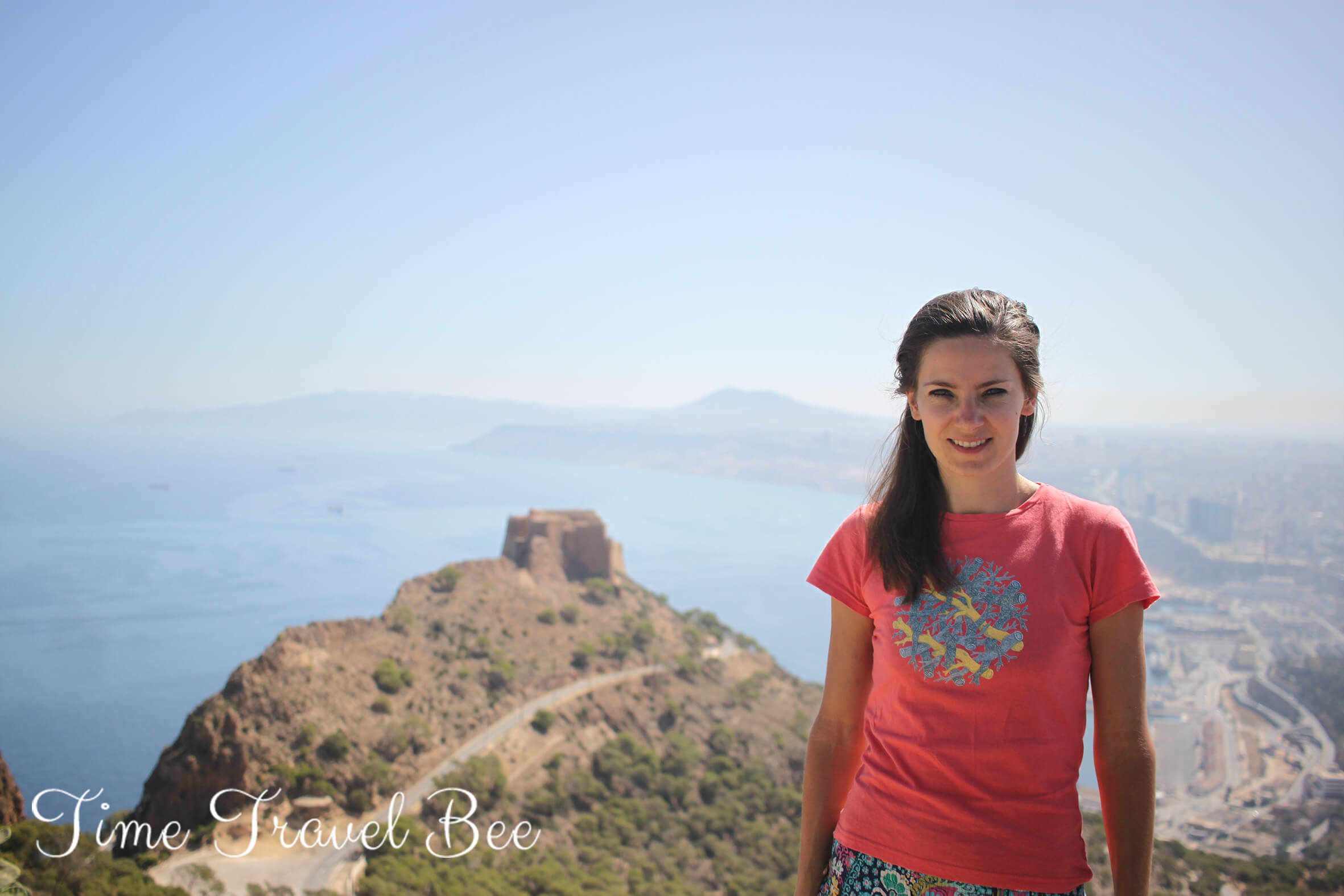 Destinations around Oran you must see

Where are we heading? Impressive historical monuments, coastline views and lots of beaches. Making a road trip around Oran can be a very good idea to cover them all. I have to admit, that area of Oran and the city itself were more interesting for me than Algiers or Constantine. That’s why I highly recommend to choose some spots from this article and get to see them.

Please note that there is no public transportation to most of the destinations around Oran I am going to mention. The best way is to rent a car or hire a taxi. To save money on transport you better have some friends to share the costs with you. You can also try hitch – hiking which I always advice for a bit of adventure!

Tlemcen is a very important historical city in Algeria, almost on the border with Morocco. The magnitude of Tlemcen started when Roman Empire made here the military outpost and a city of Pomaria. Vain to look for the ancient ruins from that time, though. You will find them in another Algerian cities as Tipaza or Timgad.

Tlemcen was capital of the Kingdom of Tlemcen, starting from XIII century when the significance of the city highly increased. In the middle ages it was dominant trading city connecting the “coastal” route across the Maghreb with the trans-Saharan caravan routes. Morover, housed a European trading center (funduk) which connected African and European merchants. In particular, Tlemcen was one of the points through which African gold, arriving from south of the Sahara, entered the European hands.

Walking around beautiful palace El Mechouar or visiting the Sidi Boumediene Mosque & Tomb are just few attractions from many. I am going to write a separate article about Tlemcen, as I think is one of the cities worth to visit while in Algeria. Reaching Tlemcen is easy by bus for around 300da. More about the Algerian Andalusia in the separate article on what to see in Tlemcen?

Grottes de Beli Add hide a vast treasure of impressive mineral formations around 10 km from Tlemcen. The caves are approximately 65,000 years old. The cave open for visitors goes as deep as 57 m (187 ft), and you can follow the path leading through its rooms. You’ll see differently shaped minerals protruding from the ceiling, floor, and all the walls. Because of its depth, the cave can become colder as you go deeper, so bring appropriate clothing, and mind the slippery path.

Cap de l’Aiguille for a bit of hike 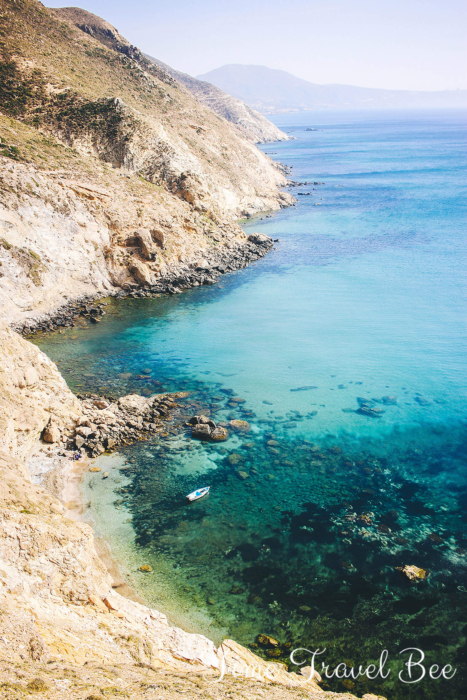 Do you like hiking? I was keen to hike as I have just climbed few volcanoes in Indonesia. This hike is fairly easy, I assume for most of the people, however in the heat it can be quite tiring.

Come to the village Cristel, from where where the hike starts. The path goes along the peninsula called Cap de l’Aiguille where you can get only walking or by boat. You will see crystal clear waters along the way and stunning views at the little bays. When you reach the light house search for someone to open the tower for you, so you can climb up and see the view. Down the stairs there is little fishermen spot, you can swim there to get refreshed after the hike and enjoy the clean waters. Be aware of jellyfish, though. They stung me, but it’s not the dangerous type, it was just a little burn.

You need 2 hours for one way. Trekking is not very demanding but in some places dangerous, if you are afraid of heights. The path can be slippery so take proper shoes and lots of water and a hat as there is absolutely no shadow on the way through the mountains and no water source.

How to get there? There is no public transportation to get to Kristel village. You can try hitch-hiking to get there for free. Otherwise, you will have to take a taxi or better Yassir. This mobile app is the Algerian equivalent to Uber. Thanks to Yassir you will see the price before taking the ride, and you can follow the road with GPS. More useful apps and tips in: All you need to know before traveling to Algeria.

Where to see the most stunning sunset in Oran?

Come to Canastel Forest on the edge of the city to see view at the whole Oran and stunning sunset from the cliff. This place is a green area where people come for jogging or walking. From the city center you can get there with Yassir for less than 400da.

Oran has a beautiful coastline. Therefore, I highly recommend checking out some of the beaches around Oran. Great beaches are in Les Andalouses, Madegh and Cap Falcon (not far from the city). If you want to travel farther the best beach is in Mostaganem near Cap d’Ivi. It’s long and empty with huge dunes; I really loved that landscape.

Dress code on Algerian beach? Oran is known for having very liberal society, and you can wear anything you want. Some women are in the bikini, some in T-shirts and shorts, some fully covered in burka. More about the dress code in Algeria in the post about safety in Algeria.If you have other must- see spots to add to the list of destinations around Oran, feel free to comment. Let’s inspire each others!

2 days itinerary in Algiers - see all the hig...
Walking around ancient ruins in Timgad - my t...
Mount Rinjani Trekking - My experience

24 thoughts on “5 destinations around Oran you must see!”