Home » Places » The truth about the Dracula Castle in Bran, Romania

Who haven’t heard about the vampire Dracula? He is definitely the most famous character from Romania, so is the Dracula Castle in Bran the most touristic spot in the country. However, did you know that the castle is known as Dracula Castle only because of the book of Bram Stoker and the historical Vlad Dracula has never even been there? Read farther to get the whole truth about the Dracula Castle.

Who actually was Vlad Dracula?

Vlad Dracula or Vlad Impaler was a prince of Wallachia. Born is a little town of Sighisoara where I visited house Dracula was living. He was a son of Vlad Dracon, where Dracon has meant Dragon (The order of the Dragon). Because of that he was called Dracula which means the son of Dragon. Moreover, in modern Romanian, dracul means “the devil”, which contributed to Vlad’s bad reputation. His dark name was not the only reason he became a perfect character for the Bram Stoker book. Was he really a vampire? No, but he was well known for being very brutal voivode, thirsty for blood. Among many torture methods his favorite way of execution was impalement.

There are several historical manuscripts talking about cruelty of Vlad Dracula. One of them says: “had a big copper cauldron built and put a lid made of wood with holes in it on top. He put the people in the cauldron and put their heads in the holes and fastened them there; then he filled it with water and set a fire under it and let the people cry their eyes out until they were boiled to death. And then he invented frightening, terrible, unheard of tortures. He ordered that women be impaled together with their suckling babies on the same stake. The babies fought for their lives at their mother’s breasts until they died. Then he had the women’s breasts cut off and put the babies inside headfirst; thus he had them impaled together” (Treptow 2000, p. 218).

Now, imagine that Vlad Dracula is actually a positive character in Romanian history. Romanian people see him as a good voivode and realistic tyrant who punished criminals and executed unpatriotic boyars to strengthen the central government. Vlad is often seen as a hero fighting against the Ottomans, and his acts of violence were necessary to prevent the despotism of the boyars.

Was Vlad Dracula living in the Dracula Castle in Bran?

No. Vlad Dracula was never visiting the castle in Bran. However, there are some theories that Dracula might have been prisoned in Bran Castle when he was trying to overrun the fortress. Vlad the Impaler was allied with Bran and Brasov during his first reign. During the second, his army passed through Bran in early 1459 to attack Brasov. Vlad burned suburbs of Brasov and murdered hundreds of Saxons from Transylvania, provoking the Saxon community to seek revenge by later mentioning in reports that the Voivode were a tyrant and extremely ruthless.

How did Bran Castle become a Dracula castle?

Only through the detailed description in the Bram Stoker book and marketing. But yet, the truth is that Bram Stoker have never even been in Bran Castle, not in Romania either! During the Communism Romanians were not even aware that their country is famous for the house of Dracula. Fans of the story were coming to seek one among Romanian castles which would fit the description in the book. They found Castle in Bran fitting perfectly and this how it became a house of the vampire. Don’t you feel a bit cheated? The blood–hungry count’s story is so popular and widespread that almost no one is interested in the truth.

Exterior of the castle looks very dark and dramatic. Just imagine the thunder storm around, and you will have an ideal fit for the Dracula horror. Thinking of style of medieval fortresses I was sure the interior would be the same, stone filled and cold. Surprisedly, Bran Castle inside is filled with wooden floors, ceilings and furniture. All beautifully carved and antique. I have to admit Dracula’s castle interior feels very cozy and warm.

On four floors you will find various collections of furniture, ceramics, hunting trophies, weapons and armors. There is also a secret passage which once was known only to soldiers. If the invaders managed to enter the city, soldiers used this passage to climb to the top of the castle where they would throw stones and hot pitch trying to discourage the attackers. The passage entrance was made at the time through a stove, located in the place that is now the door.

If you are interested in more spooky experiences, you can visit an exhibition of unusual instruments of torture. You will find the “iron maiden”, the “cradle of Judah” or the “interrogation chair.”

Is it worth visiting the Dracula Castle in Bran? 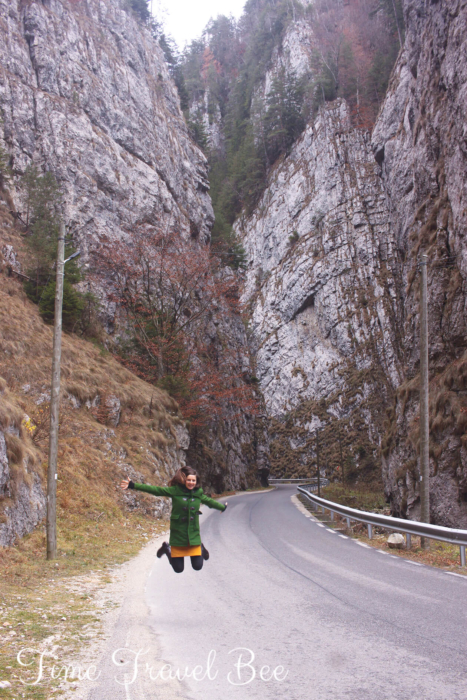 If you are fan of the Dracula character, I bet you will like to see the castle and compare with the novel. In compare with other castles in Romania, Bran is nothing special. For me Bran castle was not particular, the way to reach it, though, was the highlight of the trip! I went for a tour by car with Adventure Romania which are famous for going off the beaten path. They offer sustainable tours, going off roads, sleeping and eating with locals, buying from a local market and discovering the culture and traditions.

The guide, Vali offered to go on the off roads and see the true Romania. Getting to see Romanian country side was the best decision ever! We went through the villages with traditional houses, discovered mountains and view point as well as the gorge in Piatra Craiului National Park. Seeing the simple village life was like going through the living postcard. Vali told us so many interesting facts and showed stunning view points over the valleys. In sum, planning your trip in Romania consider discovering the real beauty of the country which is the culture and nature. Touristic attractions, as the Dracula Castle may disappoint you, if you are a fan of the off the beaten path trips. 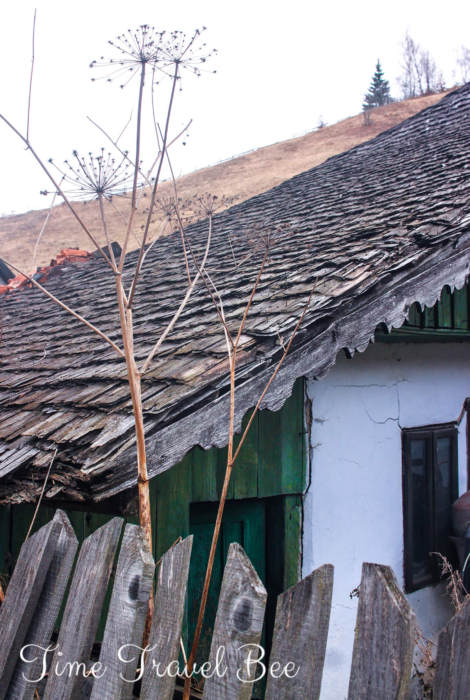 Bran Castle is open every single day and ticket costs 40 lei (10€). Coming from Bucharest, you will need 3-5 hours to get there, depending of the transportation. By car, you can reach the castle in 3,5 hours, though, you can get stuck in the traffic during the weekend. Arriving by train is possible only until Brasov (ticket will cost 40 lei) and after you will have to take a bus towards Bran. Please keep in mind, that the castle during the peak season or weekend is extremely crowded.

There are several tours packages available depending of your preferences. You can see the Dracula Castle along with Brasov and some other castles on the way, if you are more into touristic places. If you prefer off the beaten path way and discovering Romanian culture and tradition together with a slow village life, choose a tour accordingly.

Many people in Romania are rich in values that really matter: family, community, tradition, self-sufficiency, and above all a  hospitality that makes visitors come back again and again. Centuries-old traditions are still alive in the rural areas. Don’t miss them!

Did you know that in Romania there is the only one happy cemetery? Check out this unique place!  Learn also what is Bucharest famous for!?

Slovakia for a weekend - Spiš Castle (Spišský...
What to expect when going for an Indian weddi...
What to see in Oran? Itinerary + map of Oran[...

19 thoughts on “The truth about the Dracula Castle in Bran, Romania”